Benzema lawyer: "Nothing has changed; he is innocent" – Transgaming 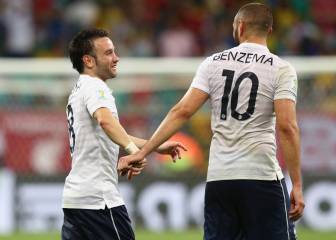 Karim Benzema's priority is to prove his innocence in the event that he is charged in France for his alleged involvement in blackmail in 2015 to his then teammate Matthieu Valbuena, the Real Madrid striker's lawyer told EFE after the rejection. of his appeal to the Supreme Court.

The lawyer Sylvain Cormier stressed Monday in statements to EFE that "in the process this ruling is inconsistent with the court's previous ruling. On merit, nothing changes: Karim (Benzema) is innocent."

Cormier emphasized that your client didn't expect much from this feature, which addressed above all a public liberties imperative, and that what had to be resolved (the infiltration of a police officer to try to identify the blackmail organizers) had nothing to do with the Real Madrid football player.

The Supreme Court validated the evidence obtained by this police officer, who pretended to be an intermediary, contrary to what the defense intended, which he believed to be addicted. The judges argued that the investigator did not commit any infraction.

In listeners obtained through their intermediation "We were not directly involved" reiterated Cormier, and insisted that Benzema's priority "is to prove his innocence."

In any case, it regretted that, in its view, the highest French court handed a carte blanche to investigators to "do anything".

The procedure now returns to the investigating judge, who is expected to complete the procedure in a few months. It will be then when it will be known if the Real Madrid footballer will have to sit on the court bench for the blackmail of Valbuena, in which there are also five other defendants.

It all started when Valbuena reported on June 8, 2015 that he had been contacted to inform him of the existence of a sexual content video in which he appeared and threatened to make it public.

According to the accusation report, the prosecutors of this blackmail appealed to a friend of Benzema to convince him to act as an intermediary.

At a Bleus rally in October of that year, the two teammates talked about it. Benzema advised him to pay, according to his version, to avoid problems.