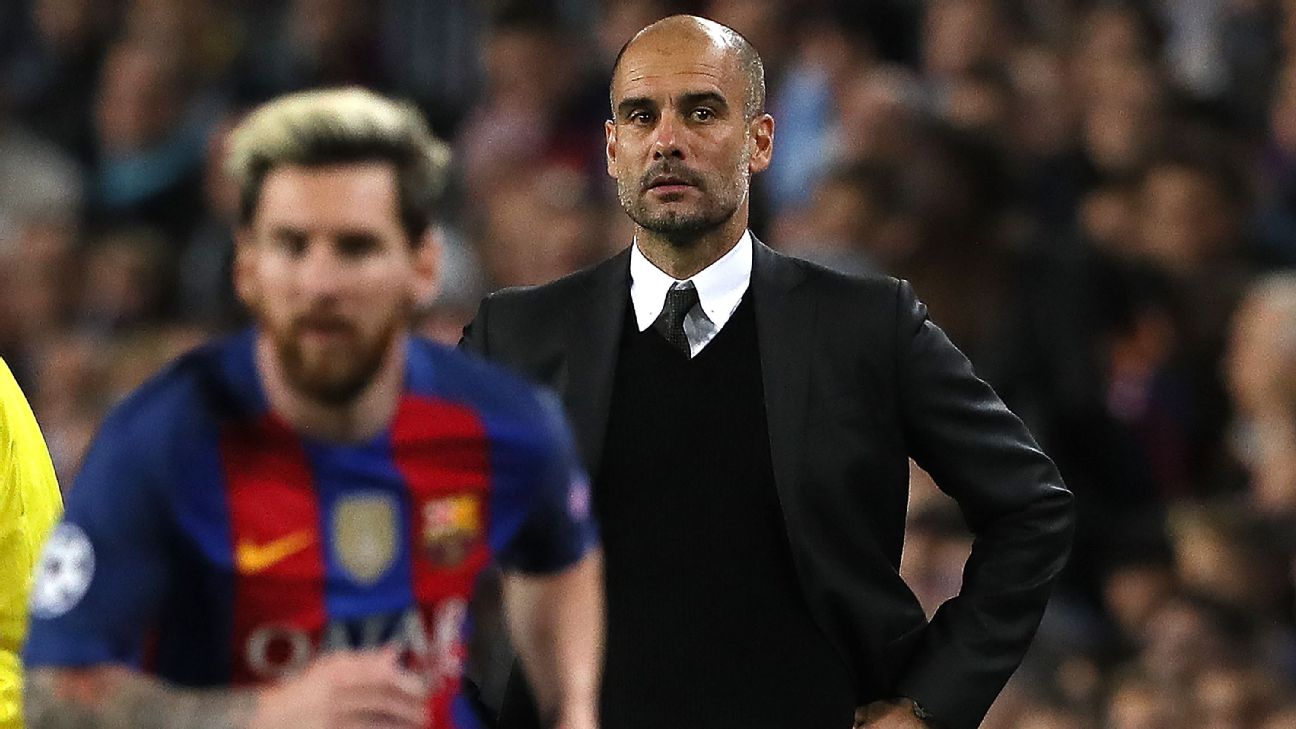 Pep Guardiola has downplayed Manchester City’s chances of signing Lionel Messi and said he wants the striker to stay at Barcelona.

Messi has been involved in the public spitting with the Spanish giants and sources told ESPN that City would be interested if he decides to leave the Nou Camp.

But Guardiola, who has worked with Messi for four years in Spain, has said he wants the 32-year-old Argentine star to stay where he is.

“He is a Barcelona player and he will stay there, it is my wish for him to stay at Barcelona,” Guardiola said at a press conference on Friday.

Thanks”I’m not going to talk about players for other clubs. I think he will finish his career there, that’s my wish.

City face West Ham on Sunday looking to bounce back from the defeat at Tottenham, but will line up against David Moyes’ side without Raheem Sterling.

The England winger limped off against Spurs with a hamstring problem and Guardiola has said the 25-year-old is facing a battle to be fit for the Champions League round-of-16 first leg against Real Madrid at the Bernabeu on Feb. 26.

“It’s a hamstring injury and we’ll see,” Guardiola said. “Of course it takes weeks, but we’ll see before Leicester [on Feb. 22]Madrid and the rest of the games.

“I don’t know right now. It’s a problem, but it’s a problem we had with [Ilkay] Gundogan for six months in the first year, and [Aymeric] Laporte this season for four or five months.

“It’s always a problem. But that’s what it is. During the season, it happened this kind of thing unfortunately especially for the players.”