Italian press comments on WAC draw against AS Roma – Transgaming 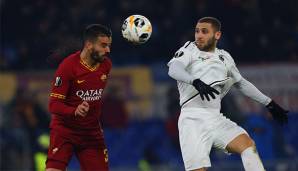 Italian press reports from Friday following the Europa League duel between AS Roma and WAC in Rome on Thursday night, where Wolfsbergers again could push a draw for the Romans. Still, the press talked less about a strong WAC, but rather about a very weak Rome.

Gazzetta dello sports: "Mediocre match for the Romans in front of a melancholy, half-empty stadium. As in the first stage, Giallorossi did nothing more than a draw against the humble but courageous Wolfsberger. AS Roma wasted the opportunity to reach the top of the group Sixth Finals leaving a bitter taste ".

Corriere dello Sport: "WAC is a mediocre team, but it is difficult for the Romans to digest. Giallorossi did not increase the pace. The result does not count for the Austrians who had already dropped, nor for the Romans, and the game eventually became little more than a friendly match."

Tuttosport: "The fight has been nice from the start. AS Roma seems to want to climb the top of the group with aggressiveness and conviction, which can guarantee a cheaper draw. But Dzeko and Perrotti are not enough to win."

Il Messaggero: "AS Roma, forward with heartbeat! The Romans reach the minimum ascent for the ascent, but wasting the great chance. Against Wolfsberg, Giallorossi does not take many opportunities and is generally unprepared."

Corriere della Sera: "AS Roma is making progress in the Europa League, but in the worst possible way. There is hardly anything to save on this cold night as Wolfsberger's honestly fighting for victory. AS Roma has little desire to succeed. Two games and two Draws against Wolfsberg: It says a lot about the condition of the Romans ".

La Repubblica: "AS Roma put too much on the line and coach Fonseca gets angry. The Romans waste the opportunity to finish in first place in the group. The match is overshadowed by a separate goal by Captain Florenzi, a blow in the worst case."