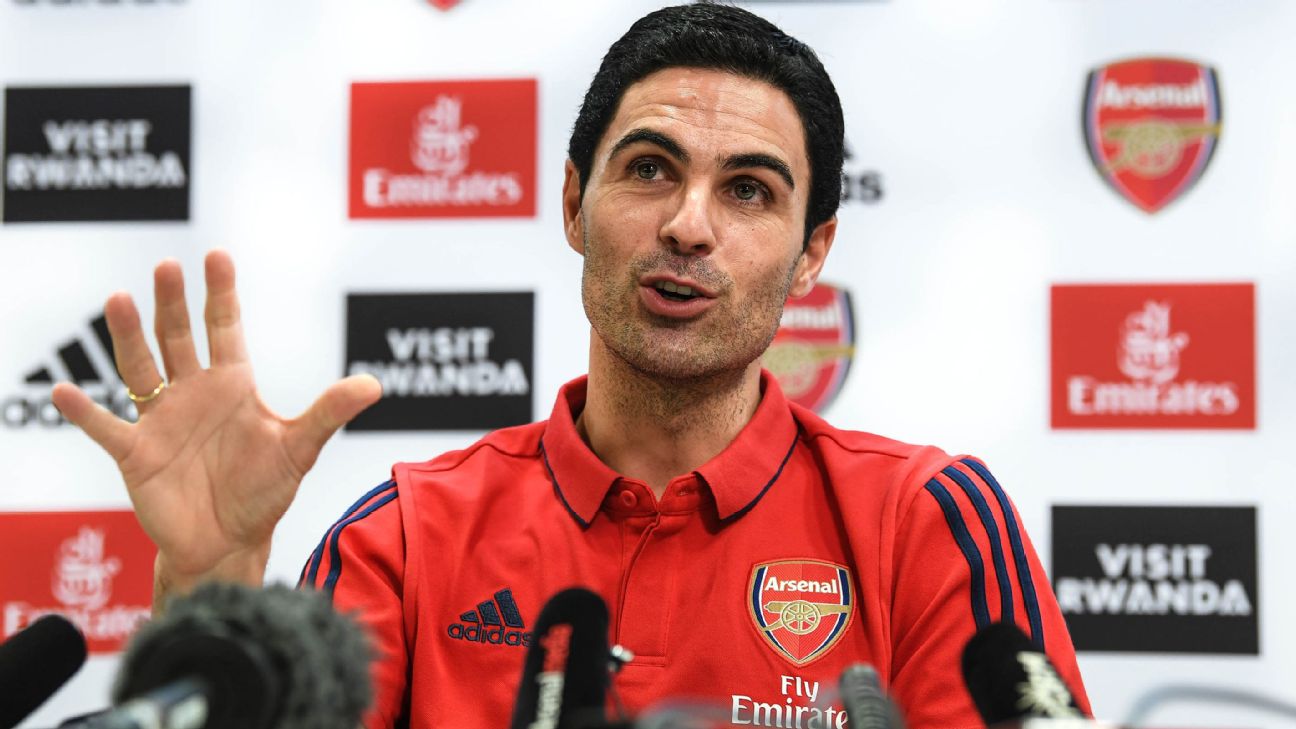 Newly appointed Arsenal manager Mikel Arteta told players that he will be watching their “attitudes and body efforts” in Saturday’s match at Everton from the stands, sources told ESPN.

Arteta was unveiled as the new Gunners boss on Friday, a return to the club the Spaniard played for and captained between 2011 and 2016, winning two FA Cups over those five seasons under former manager Arsene Wenger. It will be Arteta’s first experience as manager of a club’s first team after almost four seasons working alongside Pep Guardiola at Manchester City.

Arteta’s deal is for 31/2-years, and will officially start work on Sunday, with interim boss Freddie Ljungberg remaining in charge for Saturday’s match at Goodison Park.

The managerial search that culminated with Arteta’s hiring concluded a whirlwind 21-day saga that saw Unai Emery sacked after 18 months in charge.

On Friday at Arsenal’s training ground, sources described Arteta as impressive, calm, focused and authoritative. He introduced himself in a very formal way first. He shook their hands individually.

He also had a clear message to his players in his first meeting with them in the club’s dressing room.

The 37-year-old, known for his meticulous preparation, so asked about the club staff’s technological set-up for practice sessions.

“Do we have drones? Where are the cameras positioned to film training?” he asked. “You are going to have a lot of work to do.”

Arteta thanked Ljungberg, who was applauded by the players and for the moment will remain part of the first-team coaching staff. Ljungberg was placed in temporary charge but has won just once in five matches. After a 3-0 defeat to Manchester City last week, Ljungberg called on the club’s hierarchy to make a definitive decision over management.

Arteta has played alongside some of Arsenal’s veterans such as Mesut Ozil, Calum Chambers, Hector Bellerin and Emiliano Martinez. Per Mertesacker, who used to sit next to Arteta in the dressing room and was his vice-captain, what in attendance for the meeting.