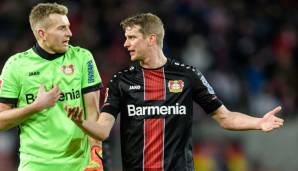 The Leverkusen captain struck up a teammate after losing to 1. FC Cologne. Werder is served after the clear bankruptcy in Bavaria, Klinsmann realistically ranks his first victory. And Marco Reus can do nothing about the criminal debate.

Here are the voices of Sky and DAZN for the 14th match day.

Hansi Flick (Bayern Munich coach on Philippe Coutinho): "It was fun for everyone who was at the stadium. What made me especially happy that he and the team were happy that he delivered such a performance. It was great. That's why we're all happy for this performance, which he brought with him Today. "

… to high defeat: "Of course, this is something we can't use that way. But we also need points, and we wouldn't have gotten them in a 1: 2." … about the remaining matches against Mainz and Cologne: "These are two direct competitors who are also down there. We have stressed in recent weeks that we have a very difficult situation. The team will be challenged on Tuesday, all to keep it points in Bremen. "

Maximilian Eggestein (SV Werder Bremen): "You can't score six goals in total, we just have to defend it better."

Davy Klaassen (SV Werder Bremen captain): "We played a good game in the first place, we have two or three good chances. With a little luck there is more there today. Second half was just bad."

Florian Kohfeldt (Werder Bremen coach): "We were lucky in the beginning, then we take the lead and Pavlas (Jiri Pavlenka) holds up well. We did not defend well in the first goal and Teo was badly injured. We had to go 1-1 at the break, but we also can't Despite 3-1, we still believed in something that could be counted, but with the fourth goal, faith was gone. In the end, we were confused. It's hard to understand. "

FC Bayern vs Werder Bremen: scores and individual reviews of the game

Lucien Favre (Borussia Dortmund coach): "We struggled in the beginning. The opponent was very aggressive for the first ten minutes. After a quarter, we got much better and played a pretty good match."

… about the game: "I think we've always struggled here in recent years. We said we have to be fully focused and continue our way. We had a lot of chances in the first place, fortunately we do 1: 0. It was important that we then added more . "

… to introduce Dan-Axel Zagadou before 2: 0: "He shows it from time to time on training, but we didn't expect him to be that far ahead."

… to their first away goal this season: "I don't really care if I meet at home or abroad. The most important thing is that we won. Against Leipzig, it will be tough and it will certainly burn with us."

… on the disputed handball of Jeremiah St. Juste in the first place: "This is a penalty. I asked him (the referee) if it wasn't a penalty. He said, but nothing came of it. If it works differently, it's a bigger discussion. If it's handball, it's handball . I don't know what this discussion is about. Hand is hand. "

… to dismiss Leon Bailey: "It's not possible at all, it's clear. There are guys on the pitch who throw up for 70 minutes and then have to fight it for nine. He did us a bear service. It was difficult with ten players, with nine impossible. It's not the first red card, and I expect an apology. "

Kai Havertz (Bayer Leverkusen): "It was stupid by itself, you don't have to talk big about it. If we get two red cards here, that's exactly what we mentioned before the game that it shouldn't happen to us. That was the only way Cologne can beat us here. We are so stupid and make two mistakes like that, so it is perfectly justifiable that we lose here. "

Dominick Drexler (1. FC Cologne): "Such a derby victory was good for the whole mind, for the fans, for the club, it was very important. I would have taken the points against everyone else today, but it is almost the most beautiful against Leverkusen."

… in line with the young players: "I am always a friend of giving new impetus, and especially when a situation is at hand, to bring in fresh blood. But today all the players did their job very well."

… to cheer with Horst Heldt after 2: 0: "In the meantime, you look like a trainer first on the referee or the line judge to see if you can cheer. After our first goal, we had to wait almost two minutes before we could cheer. It was a rehearsed version that worked. The relief was great, just his face. was not so beautiful. "

Vladimir Darida (Hertha BSC winner): "We showed better body language in each match. It was very important for us today to get those three points. We will bring confidence in the last two games and then step on the gasoline in the second half of the season."

Jürgen Klinsmann (Hertha BSC coach): "The team gave it all. It's not all gold that glitters. I also told the boys that we can't think of Table 15. We can easily play football. It's just about fighting, work, willingness to sacrifice. It's significant that Vladi scores because he has been a donor who has struggled up and down for weeks. They are slowly withdrawing from this precarious situation. This is obviously not a nice victory, but a deserved victory. "

Mark Flekken (goalkeeper SC Freiburg): "When I stand here, I say: a shot a goal. We didn't allow much, we were good in the game. Now you go home with 0-1, it feels very strange."

Urs Fischer (1st FC Union Berlin coach): "When I look at the opportunities, we had the bigger and clearer. But the point is good, we take it with us."

Robert Andrich (1. FC Union Berlin): "If we had said it before the game, we would have taken one point, yes. After the huge chances in the second half, you can say we lost two points. But we take the positives with us. We took one point and didn't lose. "

Steffen Baumgart (coach SC Paderborn 07): "If we see one or two actions from Union, especially the post that was shot in the last ten minutes, then we were a little lucky. But we didn't play so well that we said we had to leave the pitch as the winner."

… about the game: "I think efficiency was crucial to this game today because we went through a steel bath 20 minutes before the break and they played us pretty well. During the break some players disagreed about it. Then I removed the doubt, the courage and told them we had to trust on our counter. We showed it. Overall, a good win for us, but we don't get a beauty prize. "

… about the next games before the winter break: "The most important game is Tuesday against Düsseldorf, against a direct relegation competitor, we have to score. It is important now that we do not imagine anything because it could have been different today. We were lucky today."

… about his double package: "I'm really glad it worked for the second time today. I didn't think so, but it's nice."

… to their first goal: "I briefly thought of Marco Richter, the scene from last week and had a loose foot for a moment because it was actually so easy."

… to the good series in recent weeks: "We worked closely after 1-5 in Gladbach when we were rightly criticized. We knew we could do more. During the international break we had a hey-awake effect. The game in Paderborn after that we were not outstanding played but winning was a turning point. Since then things have gone well, we stand closer together, we defend better and better and it works well in the future. "

… about the game: "It was just a great game, although Hoffenheim played a really great game in the first place, you have to honestly say that. They were clearly better there. In the end, of course, it's amazing that we win here."

… about today's situation: "It's a lot of fun at the moment. It's really cool how we play. Everyone does everything for the buddy, and that's what sets us apart."

… on the grounds of defeat: "Four mistakes, four goals. Quite simply. We didn't do things up front, we made four mistakes at the back and Augsburg was freezing today. I think we played a very, very good match. We were crucial in all areas except on goals, and that's why we lost. A lot was good today except for the chances. "

… on the grounds of defeat: Ball possession was definitely not the reason, but rather that we do not reward ourselves for the effort we make. How we played to the penalty area was very good, but the last pass was missing and then we get stupid goals against them Augsburg needed little effort. "

… on the question of Hoffenheim is in crisis: "I don't think so at all. What you have to say is that we didn't get enough points at home. We have to convert game control to many goals and much fewer goals."