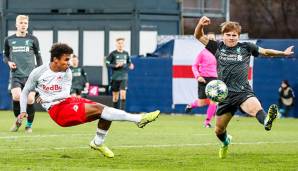 U19 champions Red Bull Salzburg face defending champion FC Porto in the Youth League playoffs. That was the result of the draw in Nyon on Monday. Both teams already had duels in Round 16 of 2018, when the Portuguese won.

With 19 goals scored, the team coached by Frank Kramer was the most accurate team in the group game, and also delivered the most with 55 shots on goal. The one-final game will take place in Porto on Wednesday, February 12, 2020, at 4 p.m.

Jungbullen coach Frank Kramer said: "With FC Porto we have not only been drawn to the most attractive opponent for the playoffs in February, but also probably the strongest team possible as part of a draw. We take this huge challenge against the defending champion and can now measure us at the highest international level. We look forward to the important game, but with the awareness that it is a tough nut to crack! "