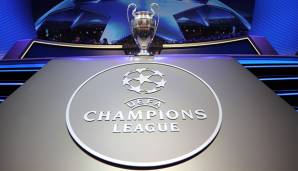 From the 2021/22 season, the Football Champions League is almost exclusively on the internet. The pay-TV channel Sky could not agree on another collaboration with UEFA after almost 20 years of cooperation. It confirmed Sky on Thursday.

According to information from the newspaper "Bild", the streaming service DAZN has secured the further rights to broadcast the football premium class after Amazon Prime had already been awarded the contract for the top match on Tuesday which started in 2021.

With that, the football fan has to get used to it. In particular, the TV viewers who have been watching the cable and satellite games need a fast internet connection. Thus, the trend is becoming more and more, after the last Telecom had secured the rights to EM 2024 in Germany. Moreover, the market is becoming increasingly confusing. Football fans need more and more subscriptions to see all the matches.

On Tuesday, Amazon had announced its entry into the premiere class of the 2021/2022 season as a new teammate. Consequently, the top game on Tuesday night appears exclusively on the streaming service of the American internet giant. Following the sale of the first rights package, a new round of bidding took place – and above all, the current rights holders Sky and DAZN were under pressure.

In addition to the Champions League rights, UEFA also markets the Europa League as well as the new Europa Conference League, which was first played in 2021. According to information from the German press agency, the current tender also included a package that only contained the final and could only purchased by free TV providers.

Since the 2018/19 season and until 2020/21, the first class can be seen exclusively on pay-TV broadcaster Sky and the fee-based streaming service DAZN. Thus, everything remains as it is for the current and the upcoming season. ZDF had shown for six years to the 2018 Champions League games before the matches disappeared through the current contract behind the payment barrier.